Last Saturday, April 27, marked another memorable FIRST for Renert School as more than 400 Reach for the Top players, parents, organizers and coaches came together for the AB Provincial tournament hosted in our beautiful new building. The tournament brought together the best trivia players in Alberta. The event was a smashing success, in huge part due to all the staff, parents, and student volunteers, who worked tirelessly to make it the best REACH provincial final yet.

Reach for the Top has become one of Renert’s best-loved sports. It helps us keep our brains sharp, with teams as young as grade 5 organizing on Choice Fridays. Reach trivia tests your knowledge of the “core” subjects—sciences, mathematics, history, geography, literature—as well as disparate facts you’d be surprised to hear (do you know the names of the creators of Dilbert,and Beetle Bailey, and Foxtrot? On whose TV show’s couch did Tom Cruise jump in excitement? And what about the Polish prime minister who was also a concert pianist?). Not only is the game fun, but the competitive spirit brings our community together to cheer on for the Renert School teams. And the results are (drumroll…):

Junior level (grades 7-8): Last year’s Junior Team placed 2nd in Alberta—but this year’s team outdid the old record: BOTH our Junior teams made it to the final game, securing both the Alberta gold and the Alberta silver. At the end, Renert 1 (led by Ari) took the Alberta gold and Renert 2 (led by Ehsan) took the silver. Additionally, Ari Miloti was selected as the Junior tournament MVP, establishing himself as the strongest Junior Reach player in Alberta. Our junior players are Ari, Jibola, Zander, Anant, Khaled, Michael, Jibola, Ehsan, Johnnie, and Yannik. The future of Reach at Renert School is in very capable hands! Intermediate level (grades 9-10): After dominating the morning Round Robin,and winning all 5 games, our Intermediate team lost the first game of the afternoon by a single point, and that cost us dearly, as we ranked 5th overall. Nonetheless, our team won 7 out of 8 games—a true accomplishment that proves their dominance in the games. We are particularly proud that this budding team won the Intermediate Spirit Trophy—showcasing their commitment to Renert School values. Evan Juricic won the team MVP award. Congratulations to Captain Sumair, and his team of Evan, Justin, Karan, and Grace. We look forward to seeing this team compete in the Senior division next year. Senior level (grades 11-12): Following last year’s gold win, our seniors came fully prepared to defend the title, and so they did, with flying colours. Not only our seniors ranked 1st in Alberta again, they did so very convincingly, winning each and every game by a significant margin, and sending a clear signal that they are more than ready for Nationals. We congratulate our team on successfully placing 1st in Alberta for the second year in a row! Jonathan Renert won the Senior Tournament MVP award for the second year in a row. Congratulations to Jonathan R., Maya, Jonathan B., Liam (Renert Senior 1), and Ben, Adam, Kaleb, Theo, and Anika (Renert Senior 2). Renert Senior 1, the reigning Alberta champions with coaches and Isaac Renert, a Reach legend in his own right

As in years past, our seniors continue to the National Reach tournament in Toronto at the end of May. No strangers to Nationals, our Senior team will be competing again against the top 15 teams in the country for the national title. We congratulate the other Alberta teams who made it to nationals: Webber and STS. In 2015, Renert School ranked 15th in the country, and in the past two years we ranked 9th. We look forward to seeing what our seniors can rank among the Top-8 in Canada in the 2019 season, and feel this is our strongest team yet. Their hard work inspires many younger students to join this fast-paced sport!
Thanks to all of the coaches and mentors: Ms. Stead, Master Aaron, Mr. Wilcox, Mr. Thornton, and Jonathan Renert (who coached our Juniors) for leading these teams to success, as well as the organizing team of the Provincial Tournament: Ms. Stead, Ms. Alice, Mr. Jeffs, and Mr. Cammack (for the amazing IT support). Thanks again to the many parents, staff members, and alumni who volunteered to help with the day: whether by reading, scorekeeping, or cheering on teams!
REACH ON!!!
Reach for the Top – Provincial Finals2019-05-072019-06-19http://renertschool.ca/wp-content/uploads/2017/07/logo.pngRenert Schoolhttps://renertschool.ca/wp-content/uploads/2019/06/renertfacebook2.jpg200px200px
WHAT IS RENERT?
About Us Welcome Letter FAQ A Culture of Appreciation Three Year Education Plan Annual Education Results Report
THE RENERT DIFFERENCE
Personalized Learning Innovative Education Holistic Education
THE SCHOOL
A Smart Building Elementary and Middle School Renert High School New High School Building 2021-22 Calendar
NEWS
Recent News Careers
ADMISSIONS
Info Sessions The Admissions Process
CONTACT
GET IN TOUCH
© 2017 Renert School Foundation. All Rights Reserved. | Calgary web design by JYZ Design 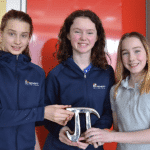 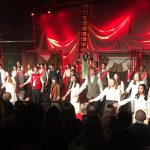